Aereo, the internet TV start-up that allows New Yorkers to watch live and time shifted content from broadcast networks over the internet, is in the news again as it seeks a declaratory judgment against CBS.  Simply put, the Aereo lawsuit asks a federal court in New York to explicitly rule Aereo’s service does not violate broadcasters’ copyrights and that the court’s ruling applies nationwide.

The legal battles between Aereo and broadcasters are likely to continue for years and seem destined for the Supreme Court.  (See Figure 1.)  While we wait to see what happens in the courts, we think broadcasters and their cable, telco, and satellite distribution partners should do more to undermine Aereo’s value proposition.  However, they are hamstrung by broadcasters’ uncertainty about whether to partner with multichannel operators in the age of internet TV or disintermediate them. 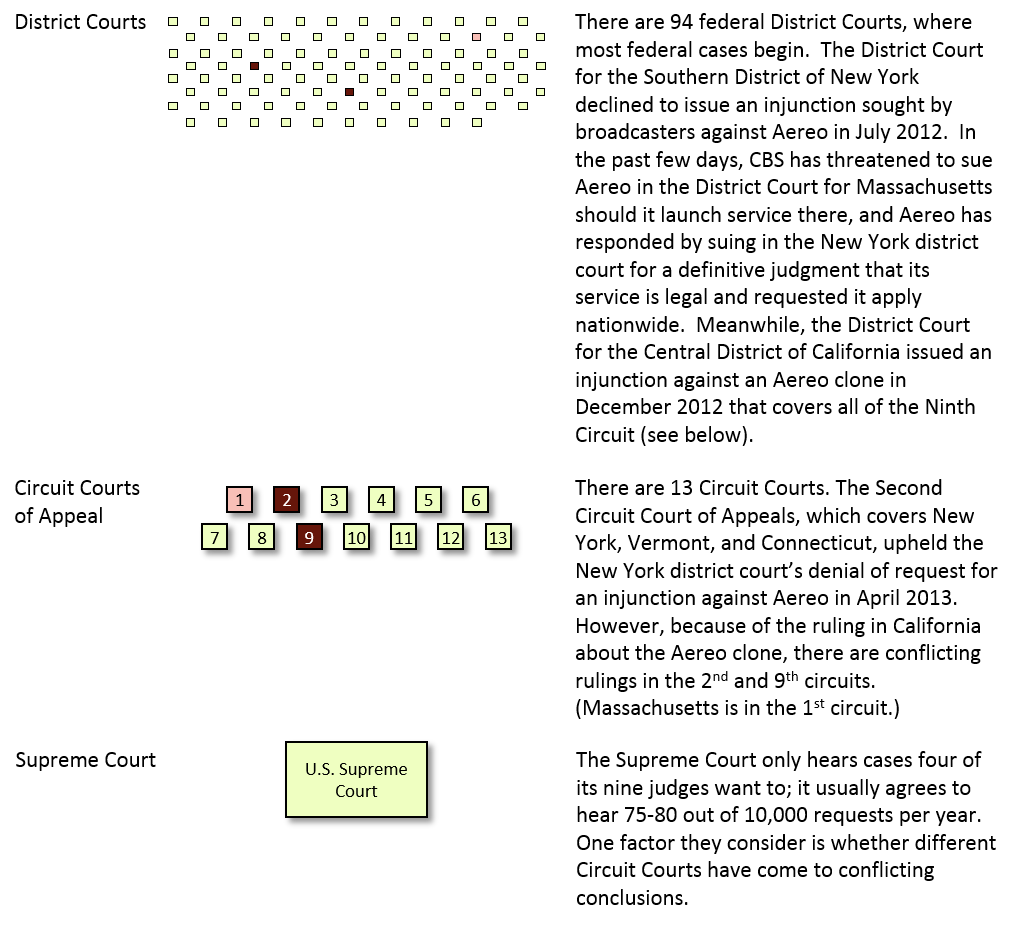 END_OF_DOCUMENT_TOKEN_TO_BE_REPLACED

As cable, satellite, and telco TV operators consider the impact of a potential Apple television, they should not be sanguine about the potential of such a device to dramatically change which operators gain and lose customers.

As we discussed previously, we think if Apple releases a TV it will do so in partnership with one or more traditional video operators, much like it released the iPhone in partnership with selected mobile operators.  Peter Misek at Jefferies believes prototype versions are already in the labs at AT&T and Verizon in the U.S. and Deutsche Telekom and France Telecom in Europe.  He also thinks Time Warner Cable may be working with Apple.

Impact of iPhone on Wireless Operators

The U.S. wireless market may be an instructive analog for what could happen in pay TV.  As the head of smartphone software portfolio strategy for Motorola’s handset division in 2008 and 2009, I got to see firsthand how Apple changed that market.

END_OF_DOCUMENT_TOKEN_TO_BE_REPLACED

Many rumors suggest Apple is developing a television.  Journalists report Apple has held talks to secure content for such a device, that suppliers are getting ready to build it, and that consumers would snap it up (see The Wall Street Journal, Techcrunch, and Wired).

The speculation often suggests that an Apple television set would offer subscription-based, à la carte content delivered over the top of broadband networks (“OTT”).  Consumers would pay one bill—to Apple—for all their video content.

Undoubtedly Apple is looking into all the possibilities, but we think the rumor mill has a few things wrong.