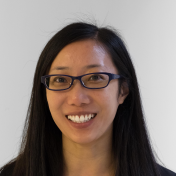 Ms. You is a consultant at Woodlawn Associates.

This post was updated on February 9, 2017. The original version was published in March 2013.

The three main pillars of competitiveness in the solar industry are the ability to acquire customers at low cost, install inexpensively, and achieve low cost of capital.  To realize a low cost of capital, solar developers must often partner with so-called “tax equity” investors due to the structure of federal solar incentives.  This paper summarizes the main financial arrangements used for such financing: sale-leasebacks, partnership flips, and inverted leases (which are also called lease pass-throughs).

The examples in the paper are from solar, but many of the same principles apply to the wind industry as well.

END_OF_DOCUMENT_TOKEN_TO_BE_REPLACED

Spreadsheets are important tools for all manner of organizational analysis and decision making.  Considering their importance, it is critical they are clear, accurate, and auditable.  We’ve built hundreds of models and in the process we’ve developed a set of guidelines that help us ensure our models reach these goals.  Here are our top seven recommendations:

A fundamental question for any model is how to organize it.  Starting with a well-organized structure can save many headaches down the road.

Once you have the basic outline, work your way through the calculations linearly.  We typically build models with logic that starts at the top of a sheet and works linearly downward.  Enforcing a structure like this ensures the modeler’s logic is sound and makes it easier for the user to see that A leads to B leads to C and so on.  Models with logic moving higgledy-piggledy over a worksheet or workbook are easy to foul up and hard to understand.

END_OF_DOCUMENT_TOKEN_TO_BE_REPLACED

Large renewable energy project developers often use a type of financing vehicle colloquially known as a “YieldCo” to finance portfolios of assets that are expected to have stable cash flows over relatively long periods, such as solar or wind farms.  In theory, investors should be willing to accept lower returns on investments in these “safe” assets than they would on investments in the developers themselves, thus reducing the cost of capital for such assets and increasing their value.

We thought it would be useful to see how this has worked out in practice.  In this post, we show how we determine the cost of capital for a yieldco using 8point3 Energy Partners, a yieldco formed by SunPower and First Solar to own and operate solar systems, as an example.  Then we show the results of using the same methodology across a number of public yieldcos with a variety of asset types.  On average, we find a cost of yieldco equity is 7.01% levered and 5.46% unlevered.

This relatively low cost of capital has implications for the value of projects held or purchased by yieldcos.  It should allow developers that have yieldcos to sell their projects at attractive prices, and allow their yieldcos to pay more than many other project investors for projects they purchase from independent developers.